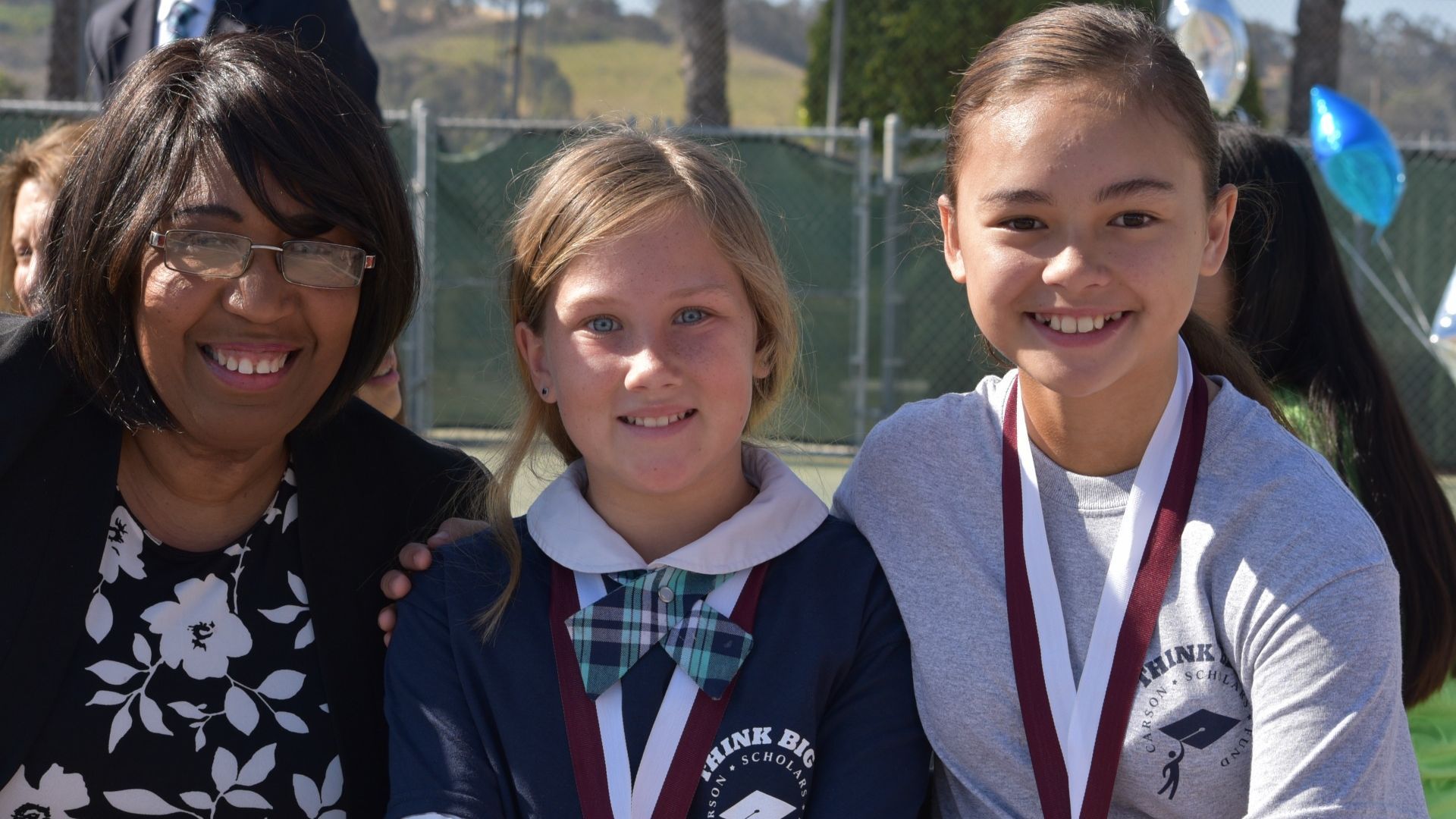 Please join us in congratulating fifth grader Brynn Ropelewski and sixth grader Lola Yeh for earning the distinction of being named 2018 Carson Scholars!

Brynn, who attends our Oceanside campus and Lola, who attends our Santa Ana school are among more than 8,000 gifted students from across the country that have been named Carson Scholars. Their academic achievements and service to their communities are what makes them stand out as future leaders.

Brynn, Lola and their families, including Mrs. Yeh, a sixth grade (UCLA) teacher at our Santa Ana campus,  were recognized at the Annual Carson Scholars Fund West Coast Awards Banquet on Sunday, May 6th. In addition to this honor, Brynn and Lola received a $1,000 scholarship award that will be invested for her college education.
Mrs. Candy Carson, American author, businesswoman, and co-founder of the Carson Scholars Fund was able to meet our Scholars and personally congratulate them on their accomplishments as part of her visit to our Oceanside campus for the May 7, 2018 grand opening and ribbon-cutting ceremony of our new Think Big Reading Room.

We thank Mrs. Carson and the Carson Scholars Fund for supporting Scholarship Prep’s mission and providing opportunities for our Scholars to Reach Higher and Dream Bigger!
Way to go Brynn & Lola!