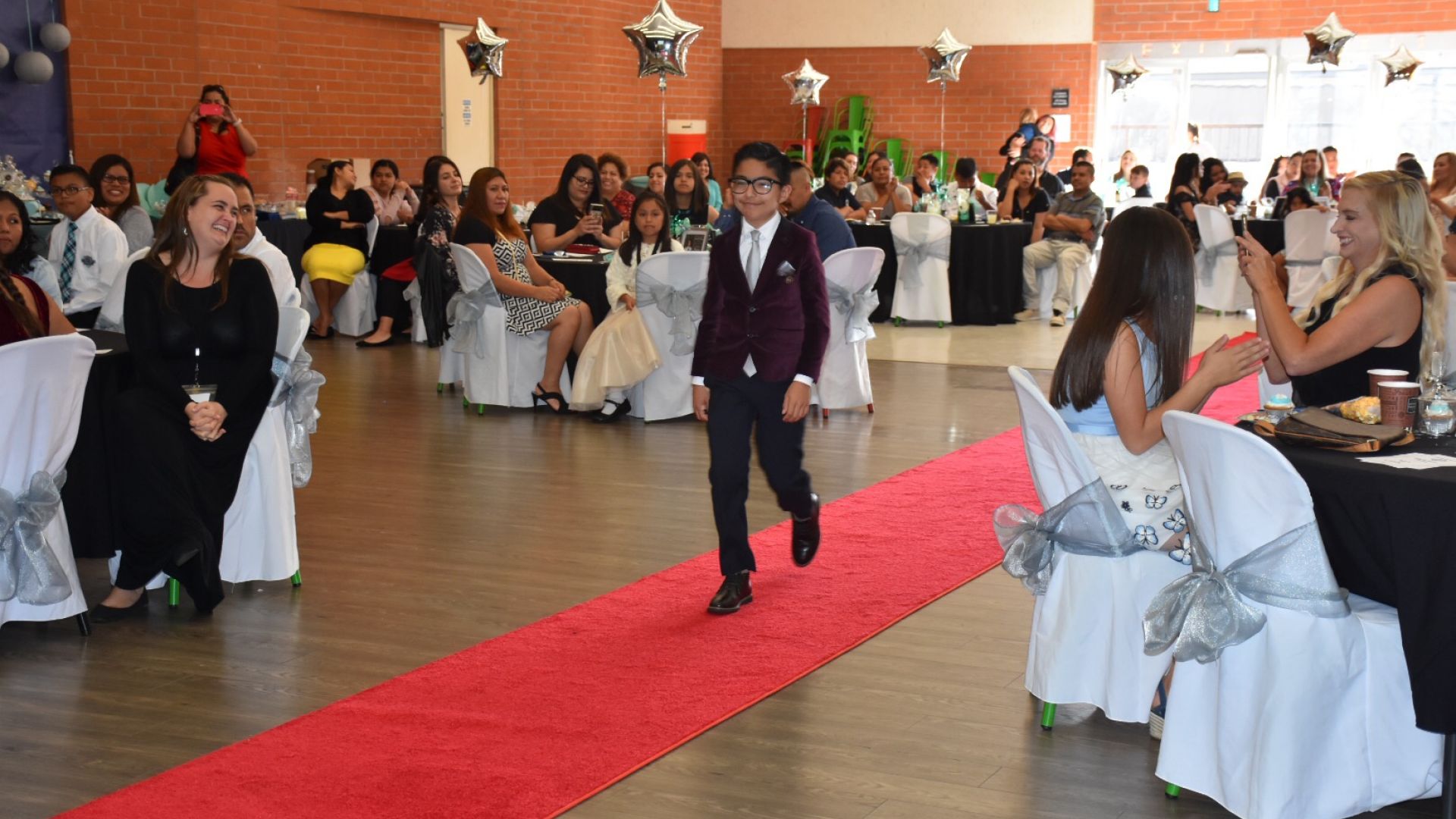 Scholarship Prep's 1st Annual Collegiate Awards took place on April 26th in the school's Great Room. The awards ceremony celebrated our Scholars' growth and achievement on the CAASPP assessments during the 2016-2017 school year. Collegiate Awards were presented to students who exceeded standards in one or more areas on the CAASPP, or increased levels in one or more areas without decreasing in another.

The awards given were the:

Masters - exceeded standards in one area without decreasing in another

Doctorate - exceeded standards in all areas

In total, thirty-four scholars received awards for their growth and achievement on the CAASPP's math and English-Language Arts assessments.

We want to again thank all of the parents and staff who came together to plan and celebrate our Scholars during this special evening. A huge congratulations is due to our Scholars who received awards.